I’d say I know a thing or two about parenting.  Not that I know it all because I don’t.  But….I’ve been a parent for nearly 18 years and if I’d had one vocational job that long, I’d most likely be considered an expert in that particular field.

If asked what parenting is all about, I think I’d answer it like this:

Parenting is a series of good-byes.

There’s the good-bye when you leave the hospital and realize you’ve been given charge of this newborn and things just might get dicey.

There’s the good-bye when the parents and sister pull out of the drive way leaving you and your husband alone with an infant and you’re not exactly sure what to do.

There’s the good-bye that happens at daycare and/or the babysitter and/or the first day of preschool.

Then there’s the monumental first day of kindergarten good-bye.  I still remember Jamie wearing an orange shirt [which he hated].  We went to Sonic for drinks after school.

There’s the different sort of good-bye that occurs when you watch your child play catcher and you’re confined to the bleachers.  You realize he’s alone out there and he’s touching every single pitch.  His role matters to the outcome of the game, and you won’t converse until the game’s over.  You hope an idiotic dad doesn’t yell at him.

There’s the good-bye when he or she enters the room at all district band try outs.  You have an idea about the level of ability your child possesses.  But, comparatively, when faced with competition and judges, you’re just not sure.  You say a few words and the door closes for what seems like an hour even though it’s only 5 minutes.

There’s the middle school drop off good-bye, leaving you wondering what adolescent life will entail.

Then there’s the biggie.  The good-bye on the first day of high school.  Cliques?  Bullies?  School cafeteria lunches?  A wave of fear as you remember the 1980s and high school and Madonna on MTV and drive in theaters and parties and how everything is so much worse now [although it’s probably really not].

In between there’s summer camps and times away at the grandparents’ and band trips.  And a couple times a Haiti bound airport good-bye, wondering if he had a clue what he was in for.

While I realize there will always be good-byes, even way into my children’s adulthood [holidays and summer visits and phone calls], there is one good-bye with some finality.  It’s the one I remember distinctly from my youth.

It’s the bridge between childhood and grown up-ness.  It’s a drop off with a realization that things will never ever be quite the same.  Sure, he might be back for the summer.  We’ll see him in a month or at least at Thanksgiving.  But he’s on his own from here on out.  Yes, we’ll provide money and food and assistance.  But, at the end of the day, we are not there.

Saturday we attend our first college open house.  We’ll say hello to the University of Louisville, realizing it could very well be, in less than a year, where we’ll share that all important, life altering good-bye.  I’m not ready for this.  I don’t know if I ever will be.  My first child off to college.  While I’m awfully proud of the young man he’s become, I desperately miss that little blond kid in the orange shirt, happy to drink a giant Sonic drink.

Our daughter, three years younger than her brother, wants to study abroad.  As in England.  She desires, quite seriously, to be a foreign exchange student her junior year of high school.  Another good-bye.  This time a longer distance and more than a short drive away.  I’m sure if she goes, she’ll be ready.  Will I be….That’s yet to be determined.  But knowing now she’s independent enough to consider it, I feel like I’m in the midst of a job well done. 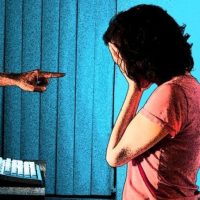 Inexpensively classy while being practically posh.

A lighthearted look at life on any given day

Czeching up with Al
Help To Hope

Encouragement for Parents of Teens in Crisis

the adventures of ernie bufflo

Placemaking for Healthier Communities and a Healthier Planet