Dear James,
It’s Senior Night for the marching band students.  I can hardly believe you’re at this point.  When did you get to be so old? 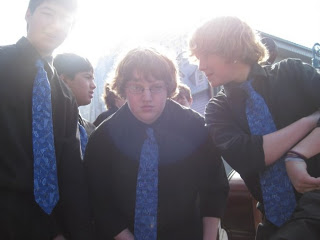 It seems just yesterday you were the self assured eighth grader with a bunch of long haired friends.

Then you joined the marching band and I learned not to serve you oatmeal on contest days.  Especially the contests held at Papa John’s Stadium.  Those can be stressful times.

After many.many.many hours of practicing on that crazy drum pad, you became a marching snare drummer.  I like to think of you as the quarterback of the band. 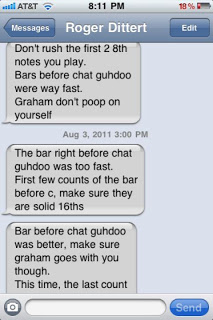 You drummers have your own lingo.  Thankfully, you have cell phones in which to communicate that special language.

I’ve watched you grow into a leader.  You’ve grown in many ways and you’ve been stretched beyond what’s comfortable.  You’ve learned to lose with grace and you’ve learned how to relate to lots of different people.

And thankfully you know just enough Spanish to fall back on, just in case you get thrown in a Mexican jail by the federales while on a guitar tour of Latin America. 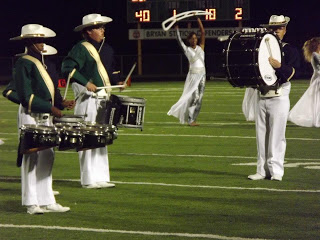 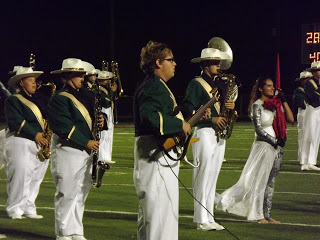 Your senior year has been especially great, seeing you perform not only on snare, but also on guitar.  Your solo was wonderful and again, I was so proud every time I saw the show.

Thanks for pouring into your sister, inspiring her to continue the fine Monck percussion tradition.  You are a patient teacher.

I know you’ll be missed amongst the BSHS Marching Defenders.  Next year won’t be the same.  [especially if there’s no drum line]

I’m glad your future is in the guitar.  It’s a much better solo instrument than the snare.  Nonetheless, as you walk on, into your musical future, I thank you for four [mostly] great years of marching band.  It’s been an experience and you’ve hung in there.  I love you, James.  I couldn’t ask for a better son.  Happy Senior Night!
♥
Mom

One thought on “Dear James on Senior Night”